Parenting fact: It will never be tidy. No matter what it is. Kitchen. Bathroom. Bedroom. Clothes. Your language. Never. Ever. Tidy.

I don’t do weights but I carry a baby and baby bag around while running about so surely that counts for something.

Kids will call your name 50 times just to show you a feather covered in bird shit… As a parent you’re dying on the inside because POOP and on the outside you act amazed and encourage your little dirty explorers to discover all the amazing shit. 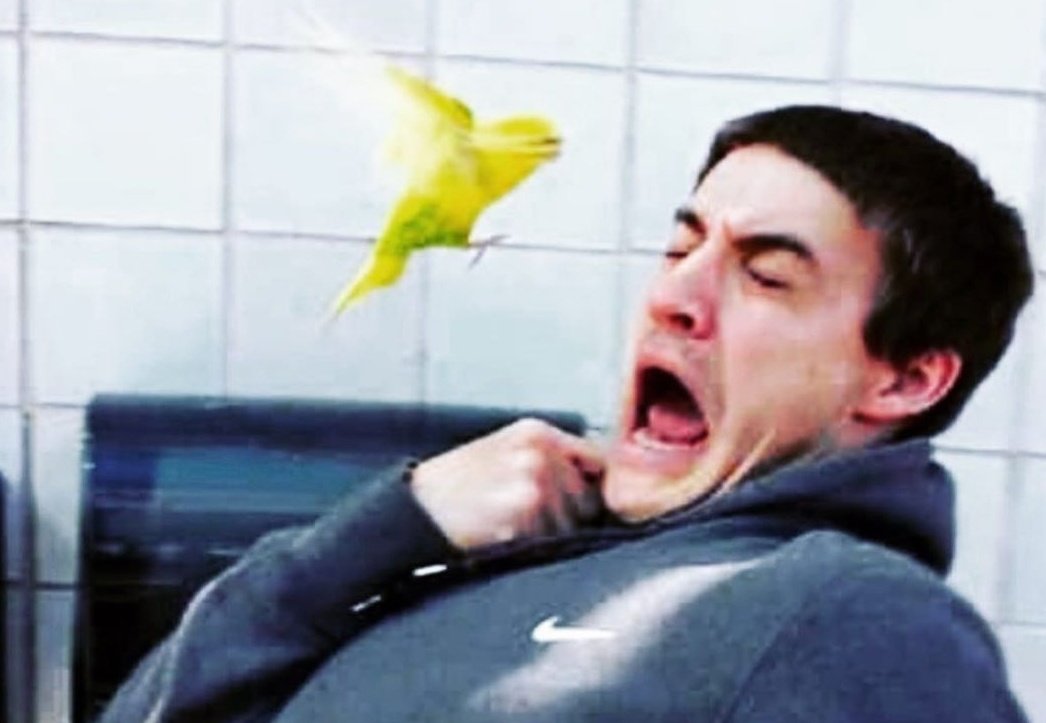 Sleeping is hard in the summer because blankets are too warm but without them I’m vulnerable to monsters.

Children don’t need a perfect parent. They need a happy one.
Yesterday afternoon I turned off all social media, watched the new Spiderman movie after kids swimming and went to bed early. Woke up this morning refreshed. What is this Wizardry.
Some people manage stress with yoga with friends, meditation and a long walk on the beach. I manage stress with carbs, sarcasm and ignoring everyone.

People need to understand the difference between want and need. Like, I want to have a hot body but I need that extra slice of cake.

When you take your kids somewhere to do something fun and they fight and argue the whole time.

You’re not living your best parenting life until you’ve launched a toy out your front door to stop your kids fighting over it.

My daughter: ugh, why do we have to walk there!?
Me: what are we going to do, fly?
Daughter: I wish.
Me with years of childhood dreams not coming true: … same.

Job interview: So, what would you say your biggest quality is?
Me: consistency. I will consistently measure and cook the incorrect amount of pasta to feed a whole village. Always.

Life starts out with everyone clapping when you take a poo… It goes downhill from there.

Today is sponsored by croissants and caffeine.

Being British is: Failing to understand someone, begging their pardon three times, still misunderstanding and then giving up and nodding and smiling.

Never look back – if Cinderella had gone back to pick up her glass slipper she wouldn’t have become a princess. 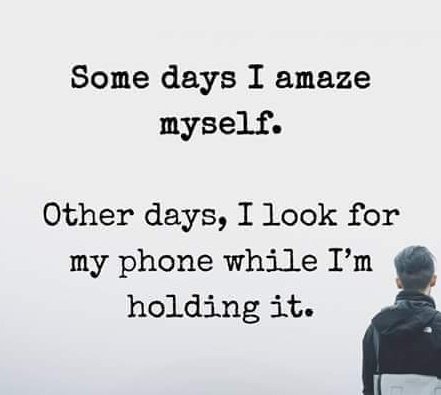 Marmite on toast with a sprinkle of cheese = winning combo.

The words “let’s see who will read this” at the beginning of your post literally guarantees I wont read it. Ever.

I was always worried about coming home with a newborn after being in hospital… What I should’ve worried about is what the fuck to do with them for the rest of my life.
Whenever an app asks me to rate it I always tap on ‘maybe later’ instead of ‘never’ just so that I don’t hurt their feelings. I’m a nice person.
My kids: desperate for my love and attention.
Also my kids: won’t help me clean the mess they made while making a mess in another room.

Great gift idea for a child’s birthday – a vagina shaped piñata for them to destroy because historical accuracy is important.

New parents holding their beautiful newborn in fresh ironed clothes and a tired glowing happiness. Me with 3 kids screaming over being told simple instructions, refusing to eat their meals, in clean but unironed clothes and a weary exhaustion over my face.

You know when your baby can sit up but not crawl, talk or walk? That’s the moment. That’s the best time you have as a parent.

My son just now patting me on the belly “you look like you’re having a baby… It LOOKS like it but you aren’t you just ate too much cake.”

My kids upstairs screaming “I’M TELLING MUM!!” Me in the kitchen “don’t tell me shit.”

Am I an actual blogger if I don’t have a photo of me in a field of lavender on Instagram?

Take time to do what makes your soul happy.

I’m in a good place right now… Not emotionally… I’m just in bed.

My contentment and success really has changed as I’ve grown up – I used to think wealth and fame would indicate success.
Now?
With a full pantry, freezer and fridge for the family I feel like I’ve achieved.

You may think I wear the same pair of black leggings every day but I’ve got news for you – I own at least 865 pairs.

Took my infant for her 1 year vaccinations today – 1 in each arm and leg – some tears but ultimately better that than disease as once your child has been vaccinated against a disease, their body can fight it off better.
Me to my son: what’s the plan today? My son: Breakfast, lunch and dinner.
Remember when you were little and on a trampoline, you fall down and everyone keeps jumping so it was hard to get back up? Welcome to what adult life feels like

Me as a parent. 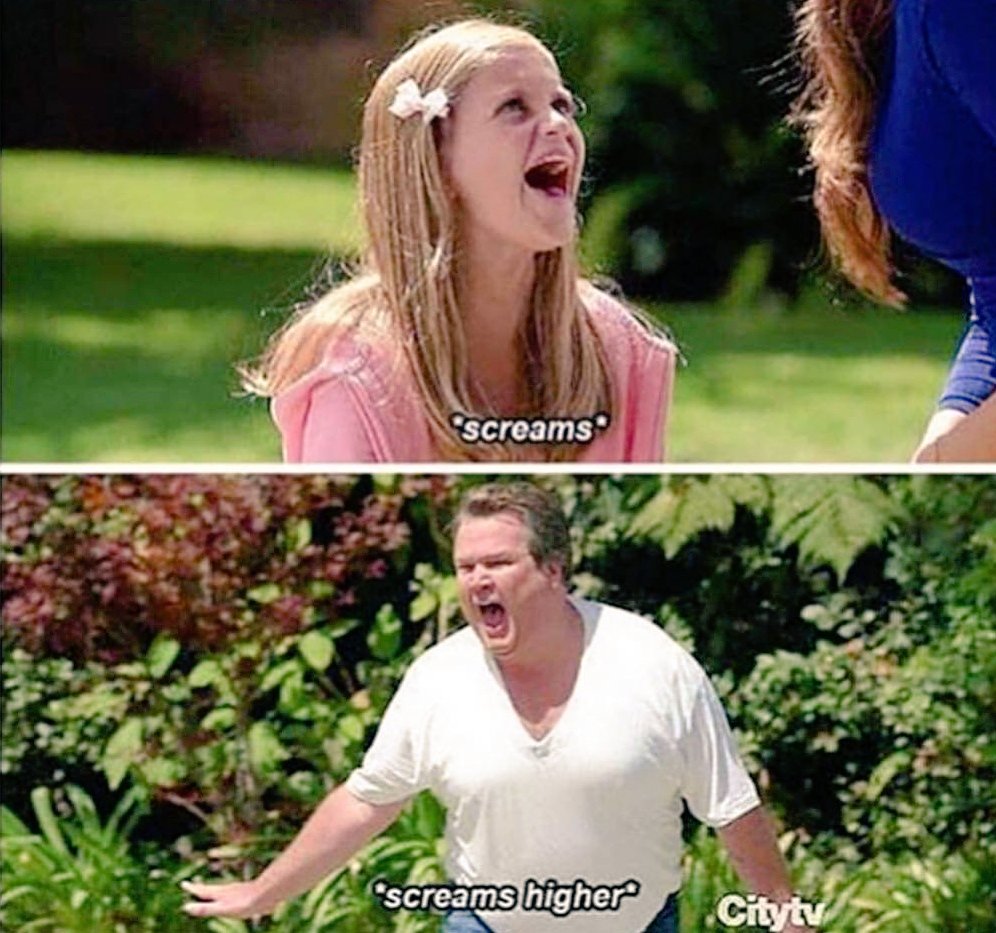 I wonder if tacos think about me too? 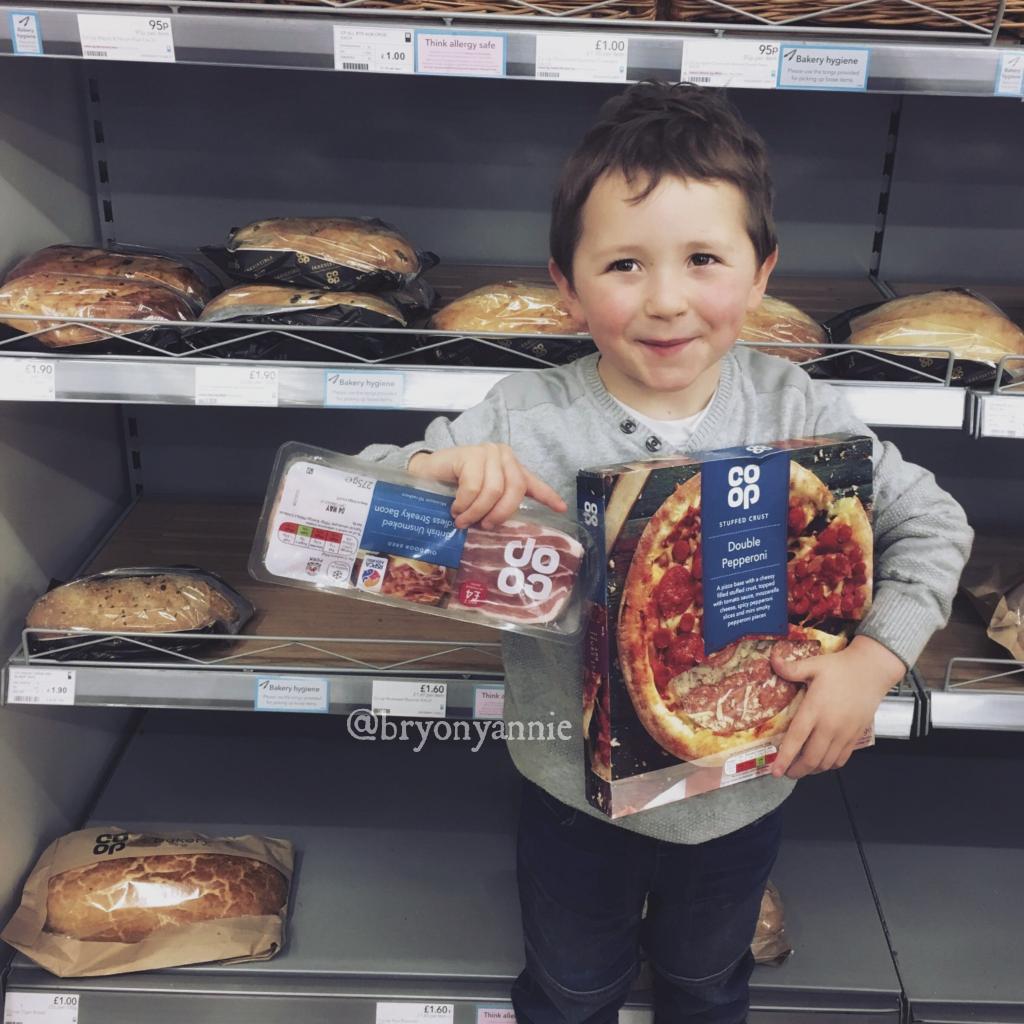 Me to my son: Oscar, please STOP picking your nose and eating it!
My son: I haven’t had pudding yet.
People will cancel all plans just to stay home in bed… I am that people.

Too bad you can’t get abs by laughing at your own jokes because I’d have a well defined 6 pack by now.

Nobody: Toddlers: I’ll knock this shit over.

We can’t all look good at the same time it’s either me, the kids or the house.

You learn more from failure than from success. Don’t let it stop you. Failure builds character. 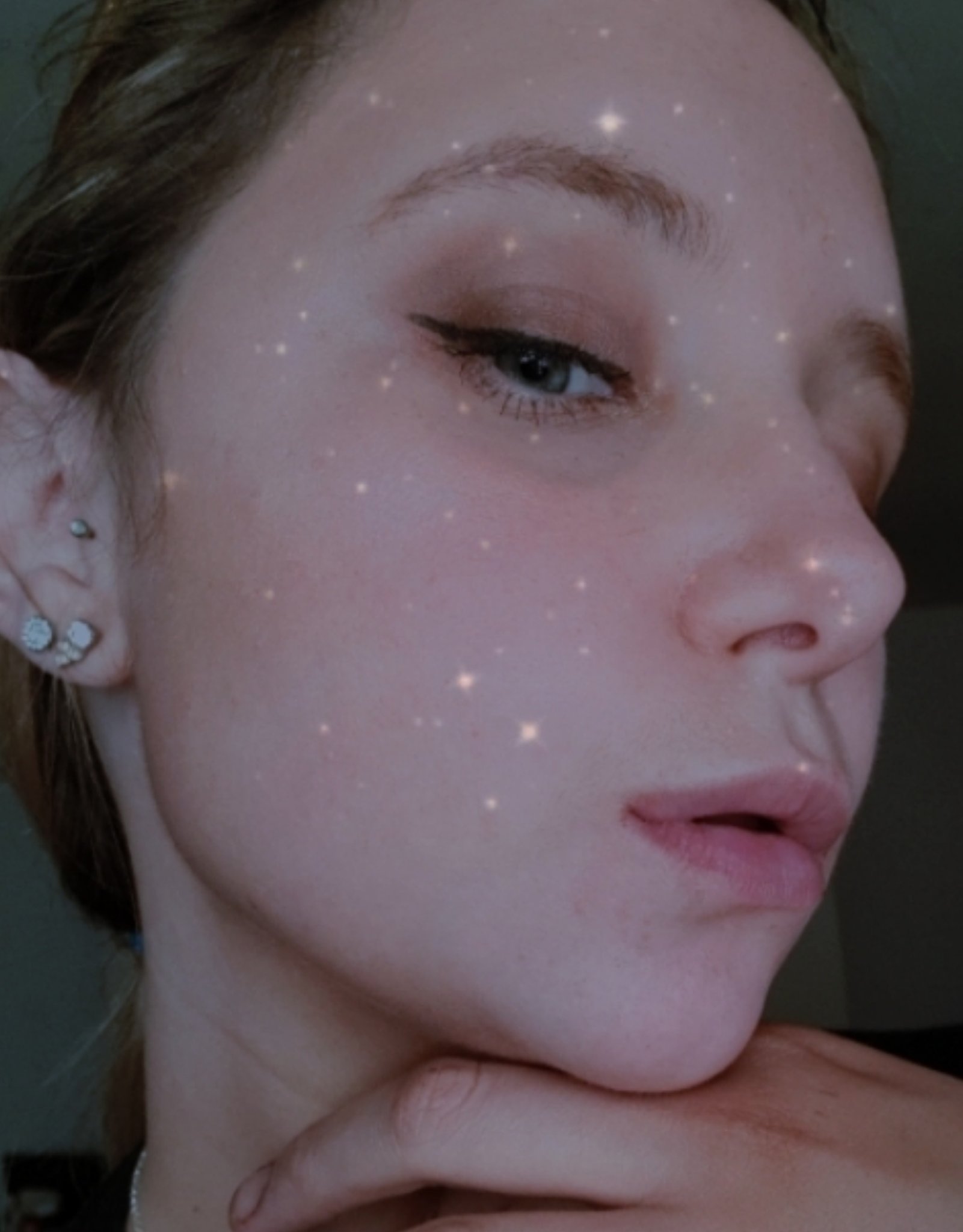 “It isn’t abuse because I’m a man.” It saddens me in today’s society people still feel that men can’t be abused. If someone is controlling, false allegations, threatening, humiliating etc – it can be physical or mental abuse.
Abuse is abuse whether man, woman, transgender, cat.

I respect mum’s who have it together but mum’s who stumble in to drop their kids off looking like they’ve been attacked by a zombie hoard.. Those are my people.

Every day may not be good, but there’s something good in every day.

Pretty sure my infant is using sleep deprivation as a form of torture.

Pancake day is every day when you have small boobs like mine.

Why put cookie dough in the oven when you can put it in your mouth.

New parents holding their beautiful newborn in fresh ironed clothes and a tired glowing happiness.
Me with 3 kids screaming over being told simple instructions, refusing to eat their meals, in clean but unironed clothes and a weary exhaustion over my face.

I don’t do weights but I carry a baby and baby bag around while running about so surely that counts for something.

People will cancel all plans just to stay home in bed… I am that people.

Too bad you can’t get abs by laughing at your own jokes because I’d have a well defined 6 pack by now.

I don’t need a personal trainer as much as I need someone to follow me around and slap the unhealthy food out of my hand.

Silence is golden… Unless you have children then silence is suspicious.

I like being single, I’m always there when I need me.

Since becoming a parent I’ve really acquired a taste for a cuppa that’s been reheated 6 times.

My appearance normally: homeless. My appearance if I go out for a meal: homeless but with eyeliner.
I’ve spent nearly 3 hours trying to change my internet provider as they are ignoring my live chats and making offers they can’t match or adding hidden costs. Literally it’s like they think I’m cheating on them #awkward
My 8 year old: I’m getting so bored of this.
Me: What? 8 year old: waking up, eating, getting changed, brushing my hair, swimming, Cubs then doing it all over again. Like every day.
Ok…
With first baby: only feeds baby organic and home made. Third baby: gives anything apart from narcotics and alcohol.
My insta stories may look rich with educational activities this evening with my two older children but the truth is I bribed them to hang out with me… With sandwiches. I bribed my kids with sandwiches.

Nothing messes up your Friday like realising it’s only Wednesday.

“You’re the moon of my life, That’s all I know. That’s all I need to know. And if this is a dream I will kill any man that tries to wake me.
Things people think when going to sleep: …
Me: if there’s a woman in the new Men in Black why is it not called People in Black? How much is liposuction? Should I extend the house? What’s smh? How long til the world collapses in total ruin and my children’s children become mutants?
BANDERSNATCH: Frosties or sugar puffs?
Me: I DON’T KNOW I DON’T KNOW I DONT KNOW.
BANDERSNATCH: chop up the body or bury it.
Me: chop it.

I’d rather be weird and happy than normal and miserable.

I just had a salad so if you see me looking extra skinny tomorrow that’ll be why.

90% of my parenting is thinking about when I can lie down again.

Seeing other parents after school pick up: kids prancing along talking about their day, loving parents adoring their creations, birds chirping with rainbows.
My kids and I: tantrums, grappling with a 4 year old on the floor in a shop, kids running off, screaming, crying, arguing.

People in the 1900: in the future we can get whales to do our bidding and have flying cars.

2019 reality: people offended by Greggs vegan sausage rolls. No one knows what gender people are.

#parentingtip change your clock to your child’s bedtime to hurry the process along. Turns out doing it at 6am doesn’t work.

Me popping up after months of ghosting to say Happy New Year and vanish again.

The sudden realisation it’s New Years Eve today and your plans tonight are the same as any other day – jammies and arguing with kids.

I just had a body scan and discovered I am now 80% mince pie.

My kids during the holidays trying to get me to wake up early and see how beautiful it is. 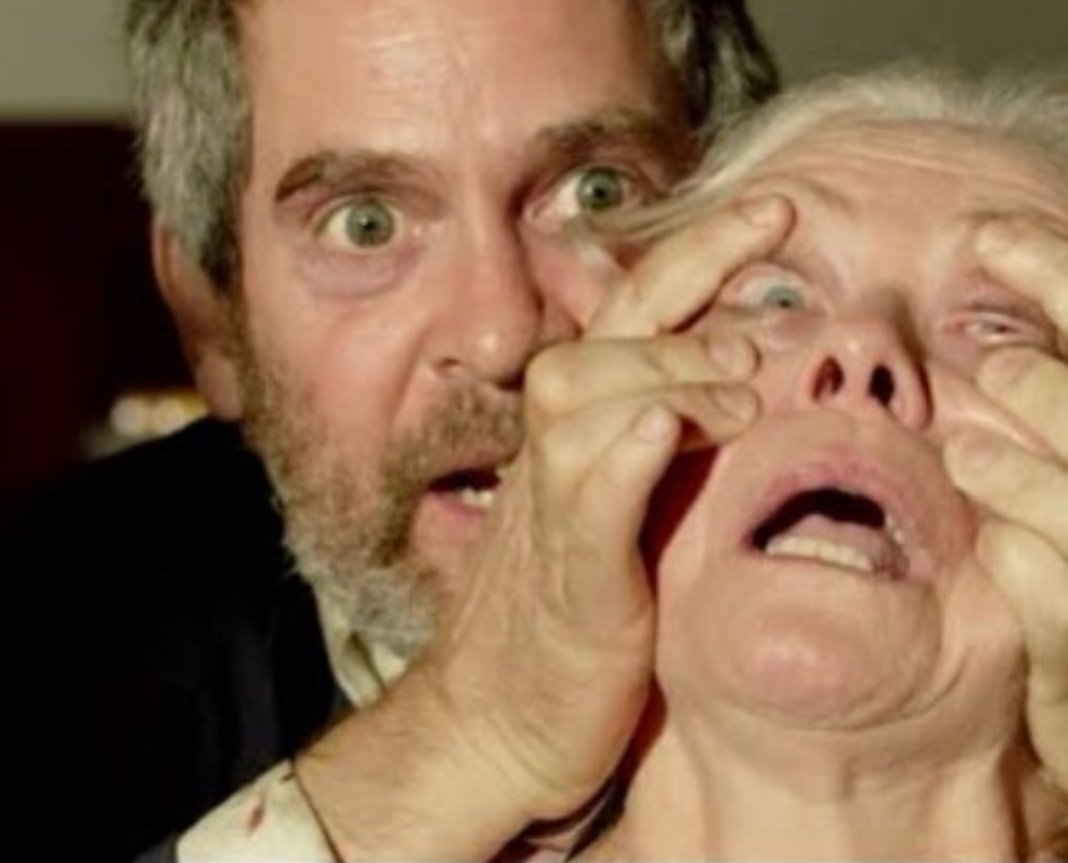 Forget the Kardashians – the Tin man was the original ‘highlight on point.’ Tin mans game is strong. 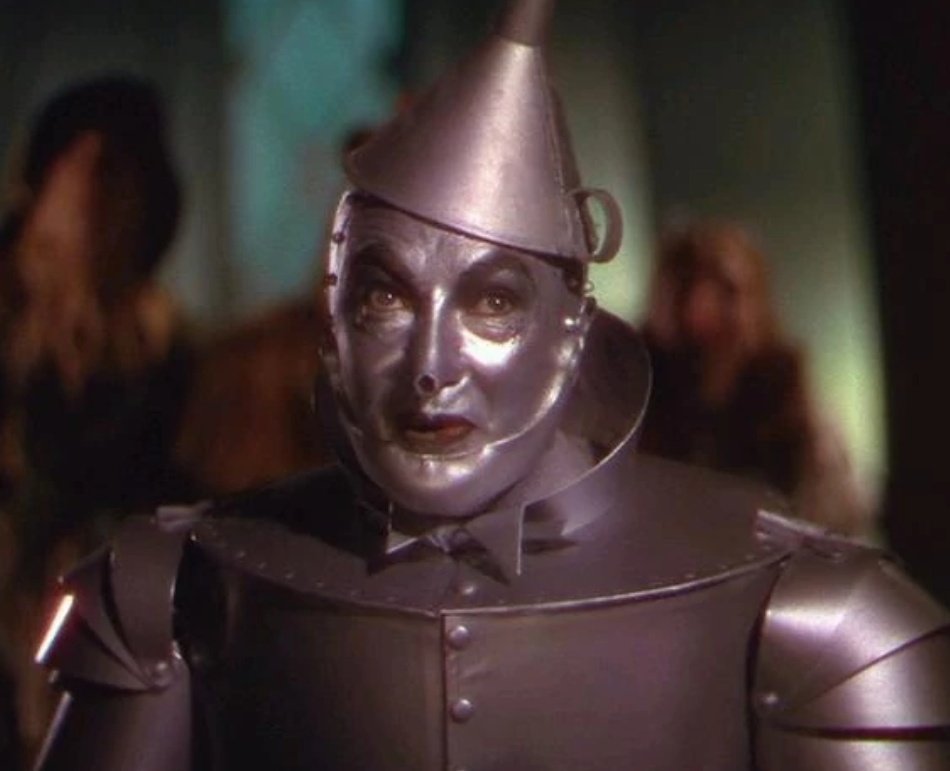 I recently got unfollowed by a girl who posted a stunning photo surrounded by baubles and I commented saying “they’re the only balls I wanted to be surrounded by.” I have no regrets.
My baby ate the dogs sick. Merry Christmas.
My son comes back from his dads & we’re all cuddling in bed and he says “We’re back to normal now” I’m like “what?”
And he points to the 4 of us and says “We’re family” The next second my baby has a poo explosion & I’m literally covered in shit& kneel in it by accident.
Family.