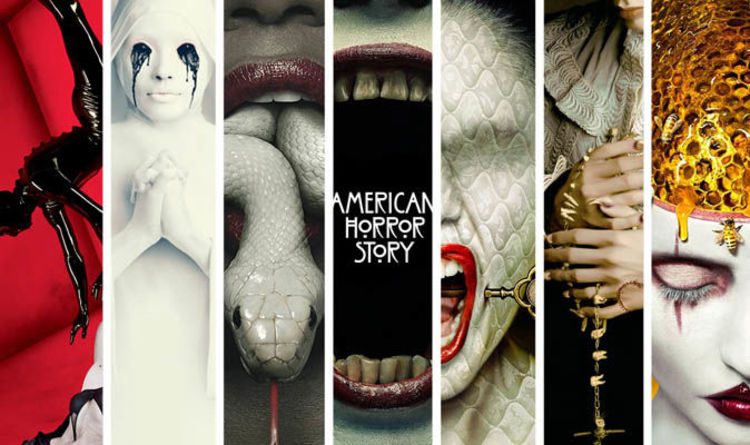 Please note all TV shows listed below are to my own taste and I 100% accept everyone enjoys different content so what I enjoy you perhaps won’t! I have also of course enjoyed lots and lots and lots of TV series which air on various networks but wayyyy too time consuming to go through them all!

A disbanded group of superheroes reunites after their adoptive father, who trained them to save the world, dies.

An anthology series exploring a twisted, high-tech world where humanity’s greatest innovations and darkest instincts collide. Thought provoking and almost scary with how things actually are at times but each episode is unique and just so incredibly thought out.

Set in a dystopian future, a woman is forced to live as a concubine under a fundamentalist theocratic dictatorship – a horrific way of how life could be in another world.

A clever bookstore manager relies on his savvy Internet know-how to make the woman of his dreams fall in love with him but he’s also a super creep and we see it all from his perspective and watch as his sociopathic behaviour takes over.

When a botched U.S. government experiment turns a group of death row inmates into highly infectious vampires, an orphan girl might be the only person able to stop the ensuing crisis. I read this on holiday a long time ago and still have the book to this very day so it’s been interesting to see how they’ve adapted this by changing gender and colour – Based on‎: ‎The Passage‎; by ‎Justin Cronin

It also has the dude from Saved by the Bell!

Flashing between past and present, a fractured family confronts haunting memories of their old home and the terrifying events that drove them from it.

This twisted Emmy-winning is anthology series centering on different characters and locations, including a house with a murderous past, an insane asylum, a witch coven, a freak show, a hotel, a possessed farmhouse, a cult and the apocalypse. It plays upon the power of supernatural fears and everyday horrors, exploring humankind’s unsettling capacity for evil.

Sheila and Joel are married real estate agents in Santa Clarita, California. When Sheila dies, their lives take a dark turn. Has Drew Barrymore as the main character which was a surprising feature! A positive light on being a modern day Zombie!

10. THE CHILLING ADVENTURES OF SABRINA THE TEENAGE WITCH (Netflix 2018-)

As her 16th birthday nears, Sabrina must choose between the witch world of her family and the human world of her friends. Based on the Archie comic. I grew up with the TV show as a child so this was an interesting twist and said to be more true to the comics.

Debra’s seemingly perfect life is disrupted as she falls for a handsome doctor who sweeps her into a whirlwind romance. But her handsome new beau pulls Debra into a sinister game of psychological manipulation. (Based on true events for more information on this click here for the real story behind the show)

Nine noble families fight for control over the mythical lands of Westeros, while an ancient enemy returns after being dormant for thousands of years. It’s something I would recommend watching from the start as so many plots and layers to it.

Convicted of a decade old crime of transporting drug money to an ex-girlfriend, normally law-abiding Piper Chapman is sentenced to a year and a half behind bars to face the reality of how life-changing prison can really be. Full of characters and in depth story lines.

In an unspecified time in the future, Westworld, one of six theme parks owned and operated by Delos Inc., allows guests to experience the American Old West in an environment populated by “hosts”, androids programmed to fulfill the guests’ every desire. The hosts, who are nearly indistinguishable from humans, follow a predefined set of intertwining narratives but have the ability to deviate from these narratives based on interactions they have with guests.

The hosts repeat their multi-day narratives anew each cycle. At the beginning of each new cycle (typically following the host’s ‘death’), each host has its memories of the previous period erased. This continues hundreds or thousands of times until it is decommissioned or repurposed for use in other narratives. For guest safety, hosts’ programming prevents them from physically harming human guests; this allows guests nearly unlimited freedom to engage without retribution in any activity they choose with the hosts, including rape and murder. Staff – situated in a control center called “The Mesa”, which is connected to the park through vast underground facilities—oversee daily operations, develop new narratives, and perform repairs on hosts as necessary. Unbeknownst to the staff, a small group of hosts have retained memories of their past “lives” and are learning from their experiences as they gradually start to achieve sentience.

Doom Patrol is an American web television series based on the DC Comics superhero team of the same name that premiered on February 15, 2019 on DC Universe. It is a spin-off of Titans, with April Bowlby, Brendan Fraser, and Matt Bomer reprising their roles, as well as Diane Guerrero, Alan Tudyk, Joivan Wade and Timothy Dalton joining the cast. Filming began in Georgia in late August 2018, and the first season is expected to consist of 15 episodes – I’ve currently only seen three but so far so good!

When a young boy disappears, his mother, a police chief, and his friends must confront terrifying forces in order to get him back. Super popular show, supernatural elements and a strong female lead.

Four people and their otherworldly frienemy struggle in the afterlife to define what it means to be good. Easy watch.

Helmed by True Detective season one visionary and future Bond director Cary Fukunaga, here was 2018’s wildest black comedy, taking place largely in the heads of its characters and doing whatever it wanted, often to mesmerising effect.

Set in a future where consciousness is digitized and stored, a prisoner returns to life in a new body and must solve a mind-bending murder to win his freedom – I love futuristic and this delivers (in my opinion)

A Twilight Zone-esque look at the life and people living in a futuristic city where the haves and the have nots are strictly separated by a wall and it’s so cool! Currently seen six episodes and totally loving how all individual the episodes are!

Four shows that have ended and I thought watchable – if not slightly cringey to admit:

Ok, so cliche Vampires, wolves and witches. Yep. I feel your shudder but to my shame I actually got into it! Isn’t Twilight-y and they have spin offs like The Originals and Legacies. It’s an American supernatural horror romance television series created by Kevin Williamson based on the novels of the same name by author L. J. Smith.

Only downside is every series has 22 episodes minus the last series which has 16.

Ok, so again with the Wolves I’m sorry ok! I just like random stuff involving supernatural! The description in the title says it all but there’s sexy man wolf and people die so there’s that! “An average high school student and his best friend get caught up in some trouble causing him to receive a werewolf bite. As a result they find themselves in the middle of all sorts of dramas in Beacon Hills” – I know it sounds cringey but easy to watch!

A mix of comedy, drama and fantasy – a group of young offenders doing community service get struck by lightning during a storm, and begin to develop superpowers. What can I say I love supernatural shows! Watched this ageeess ago on E4.

Check Rotten Tomatoes for a whole heap of tv shows – just remember everyone has different tastes so the rankings are based on that.
A good review is denoted by a fresh red tomato. In order for a movie or TV show to receive an overall rating of Fresh, the reading on the Tomatometer for that movie must be at least 60%. A bad review is denoted by a rotten green tomato splat (59% or less).

Check IMDB which is the world’s most popular and authoritative source for movie, TV and celebrity content! An online database of information related to films, television programs, home videos and video games, and internet streams, including cast, production crew and personnel biographies, plot summaries, trivia, and fan reviews and ratings.

8 thoughts on “25 AWESOME TV shows recommended by me!”